Dress Down a Pearl Necklace with a Tassel 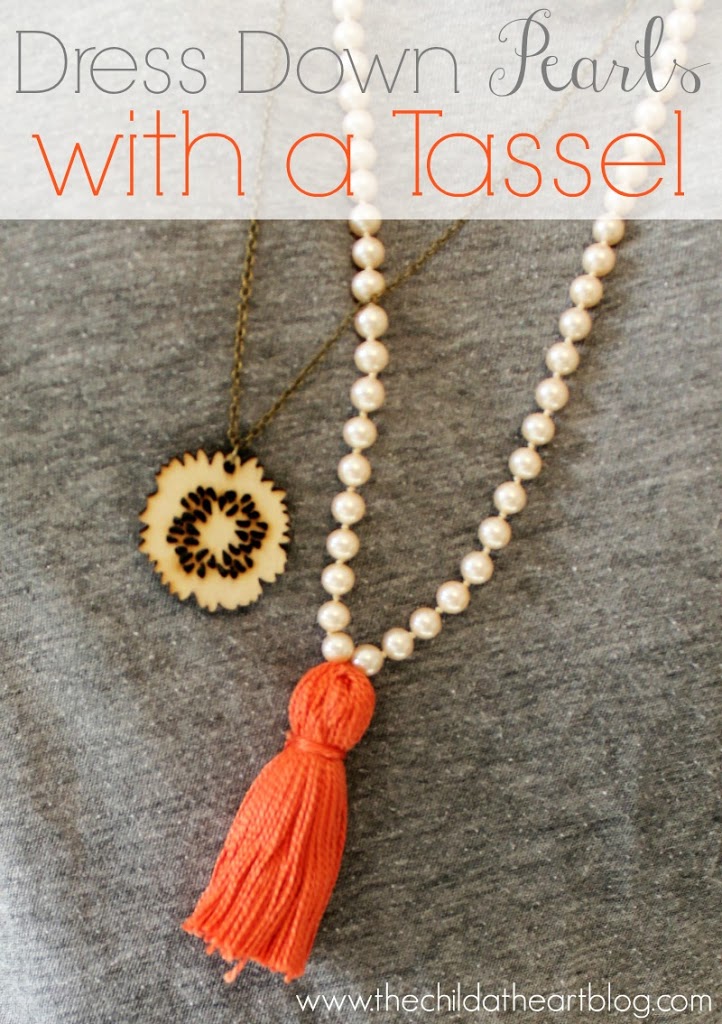 Every where I look there are tassels these days.  On bed spreads, purses, and now on jewelry.  I have been liking this little trend and think it could be around for a while.  I decided to dress down my Grandma’s pearls with a little coral tassel make with embroidery thread.  It took me less than ten minutes and about $2 total for the thread.

The simple necklace before. 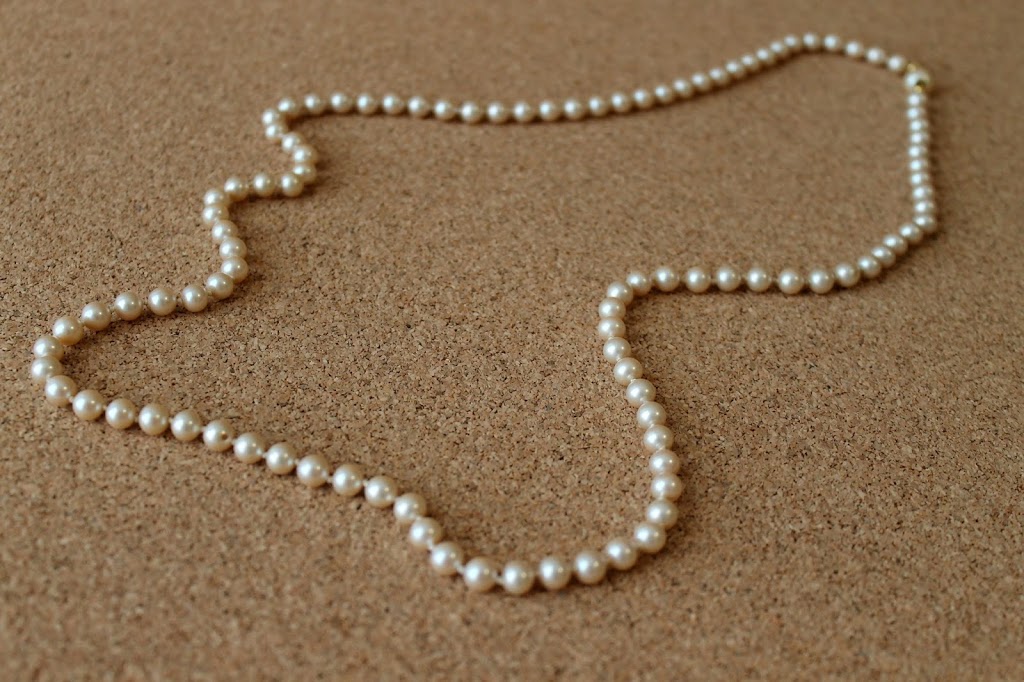 Unfold the embroidery floss.  The night before I made another necklace with some fun beads from Joann’s and that thread got tangled in about two seconds 🙂 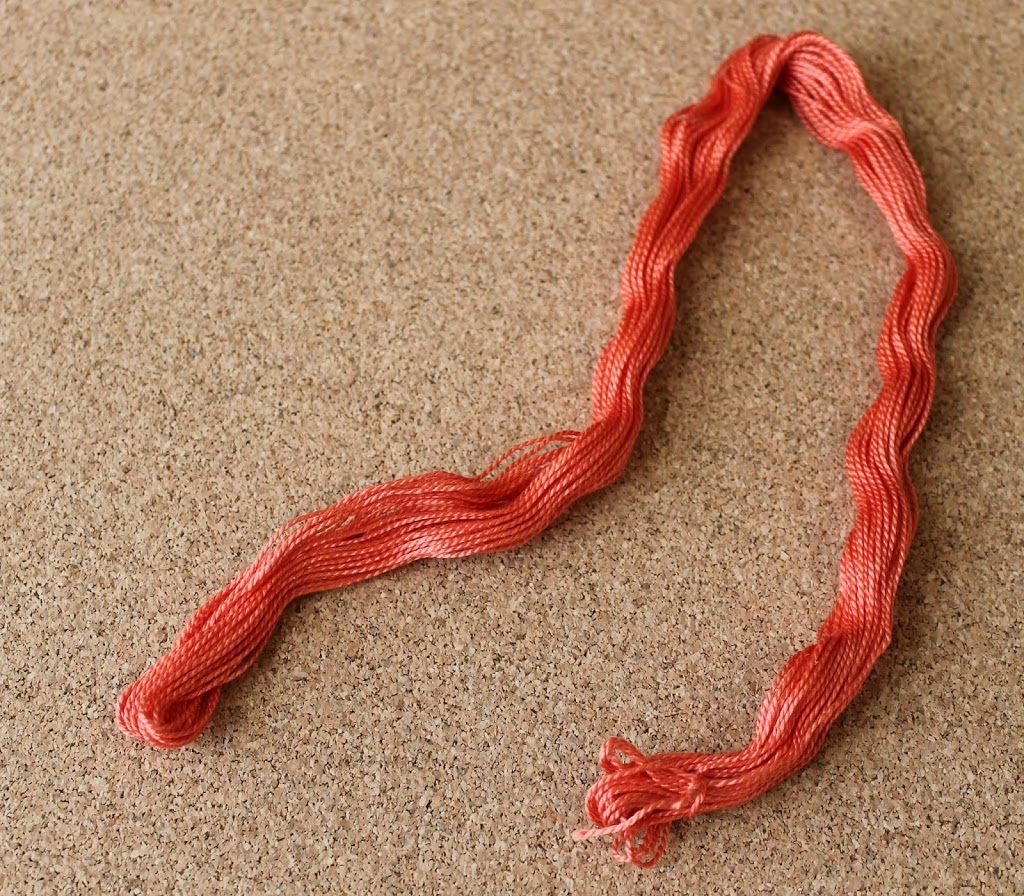 Now shape the embroidery thread into a little rainbow shape.  Pull two long threads out before you start (mine were almost too short.)  These are going to be used to tie the tassel together and to the necklace. 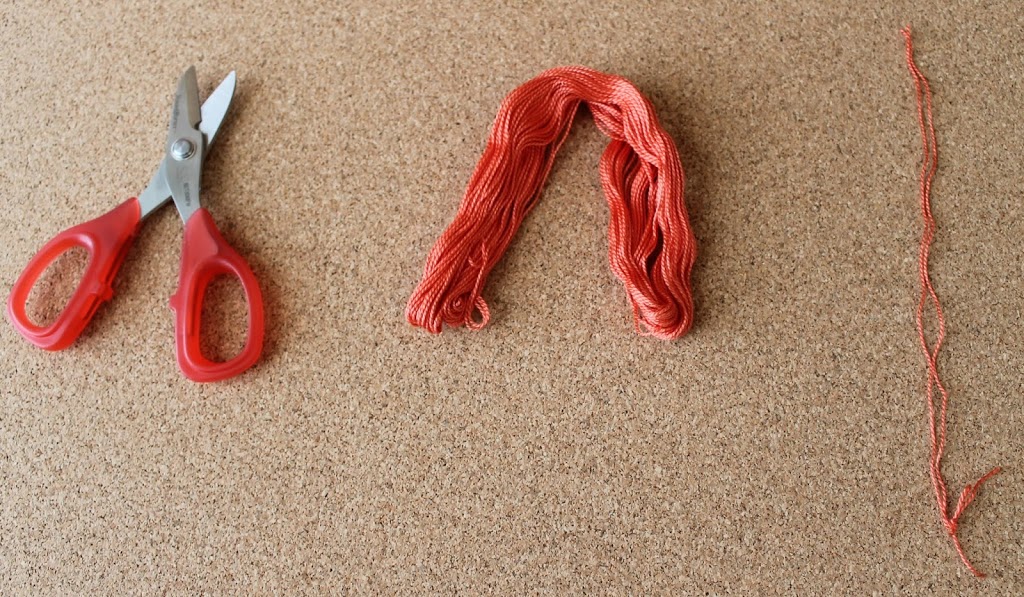 Now gather the thread at the top in the middle and then attach the thread to the necklace as shown. 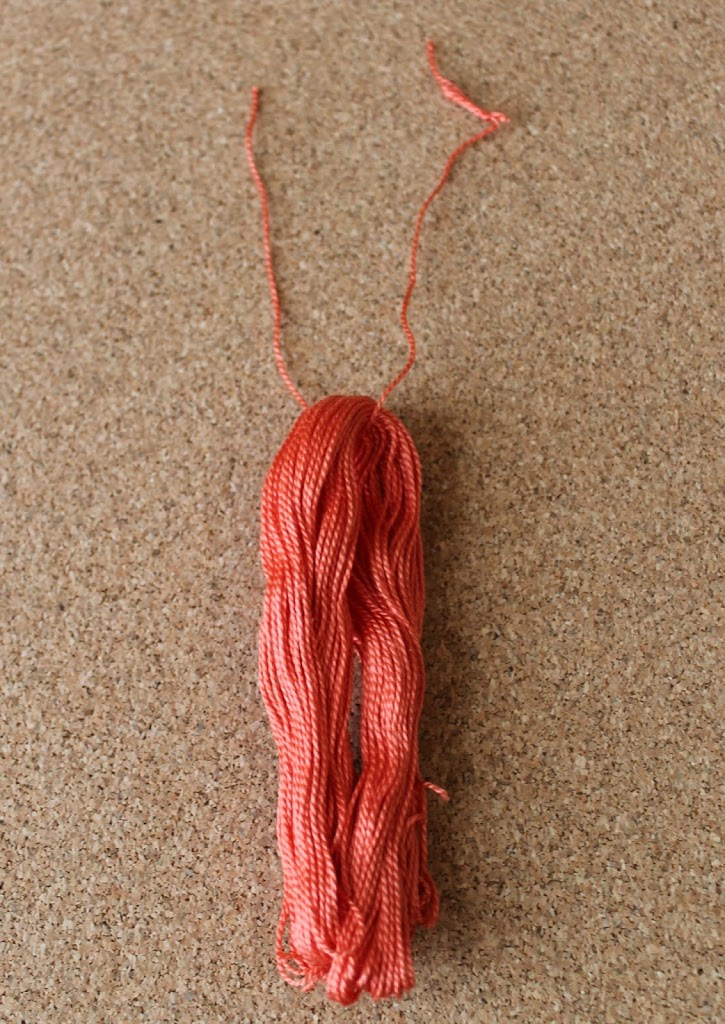 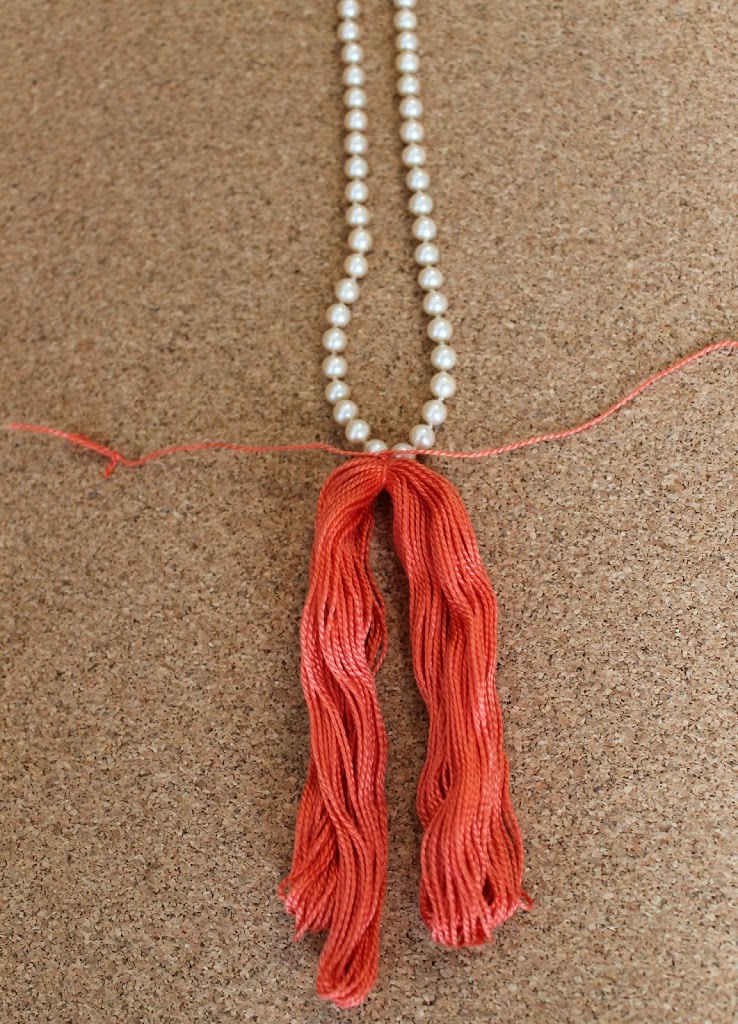 Now pull the threads down that you used to tie the strings to the necklace and they will become part of the tassel. 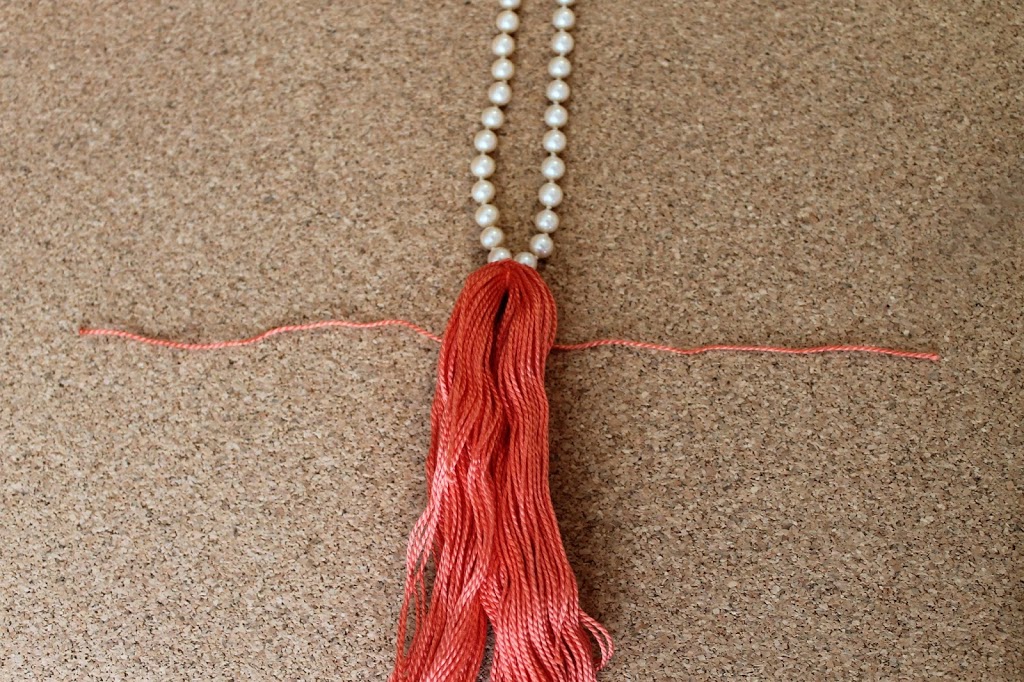 Take the other small string and tie it around about a half inch from the top.  Wrap it around several times and then tie it off in the back.  I might use a longer string next time so learn from my mistake and cut a really long string for this part because it’s better to have too much than not enough. 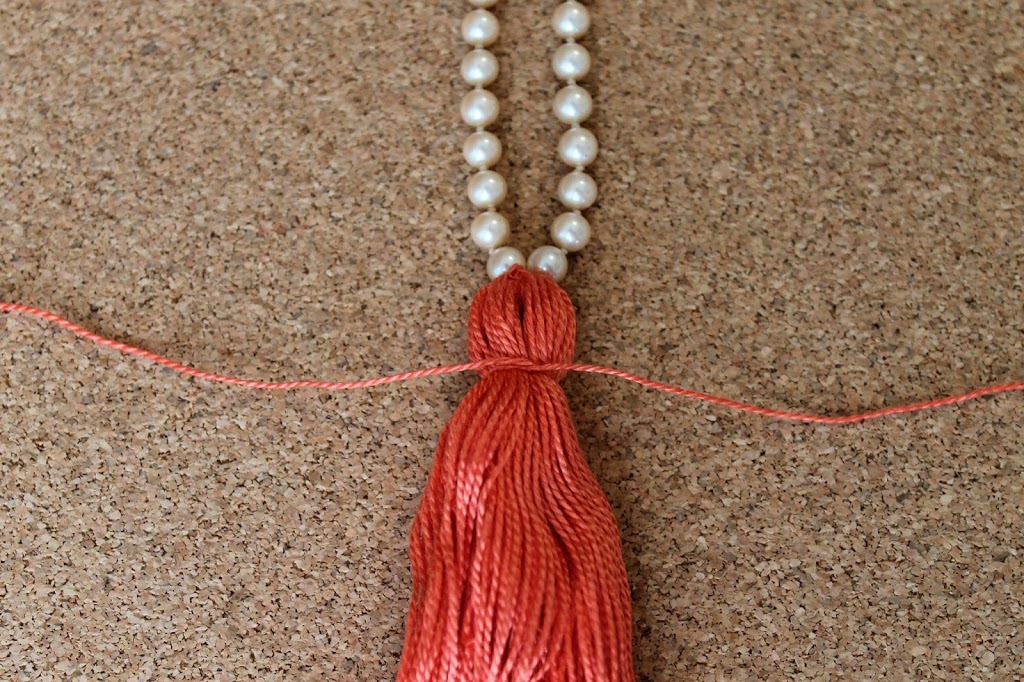 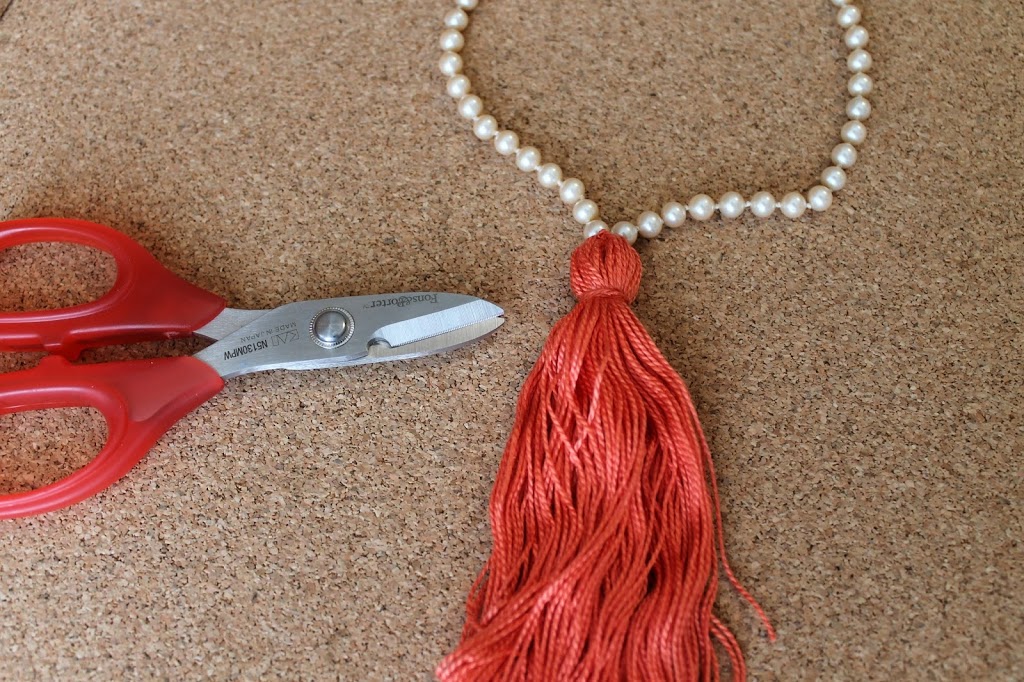 Now trim the tassel to whatever length you like.

All done!  I’ve already worn this several times and it really does makes my pearls more fun 🙂 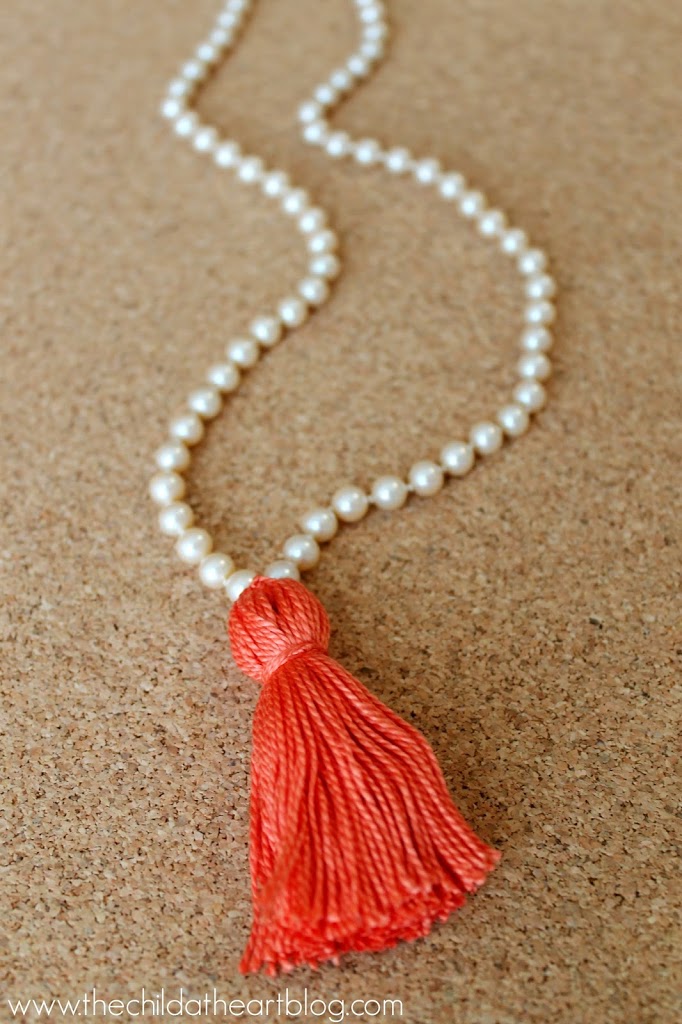 I made this other necklace from some beads from Joann’s Fabrics.  They have so many different beads there! 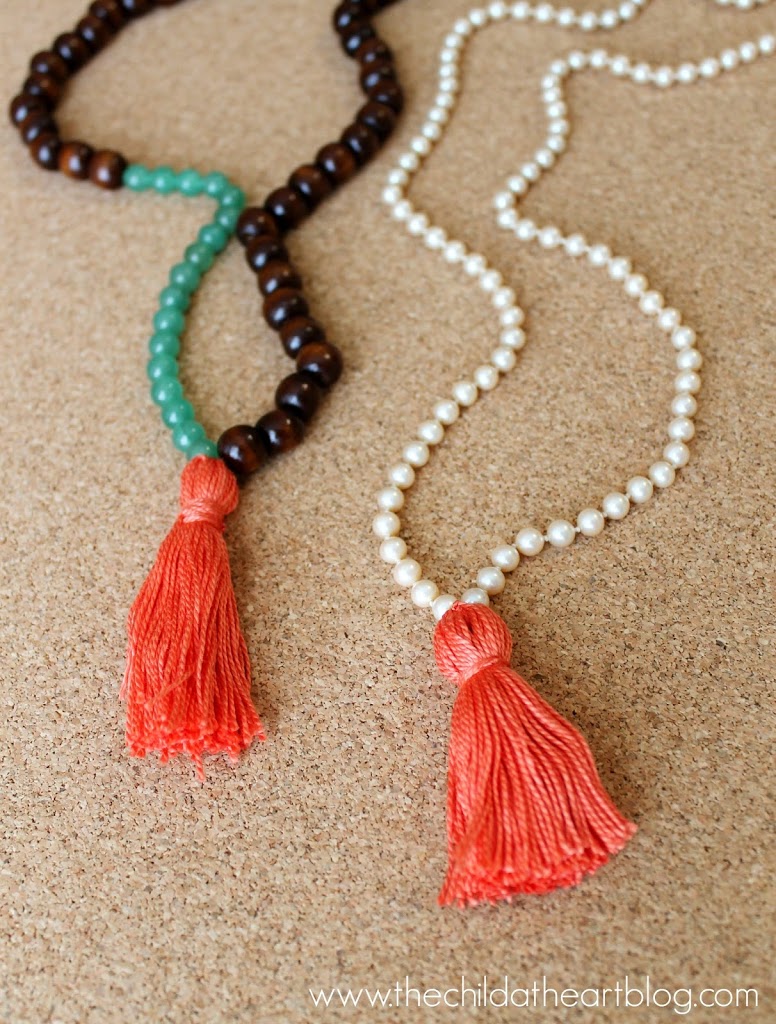 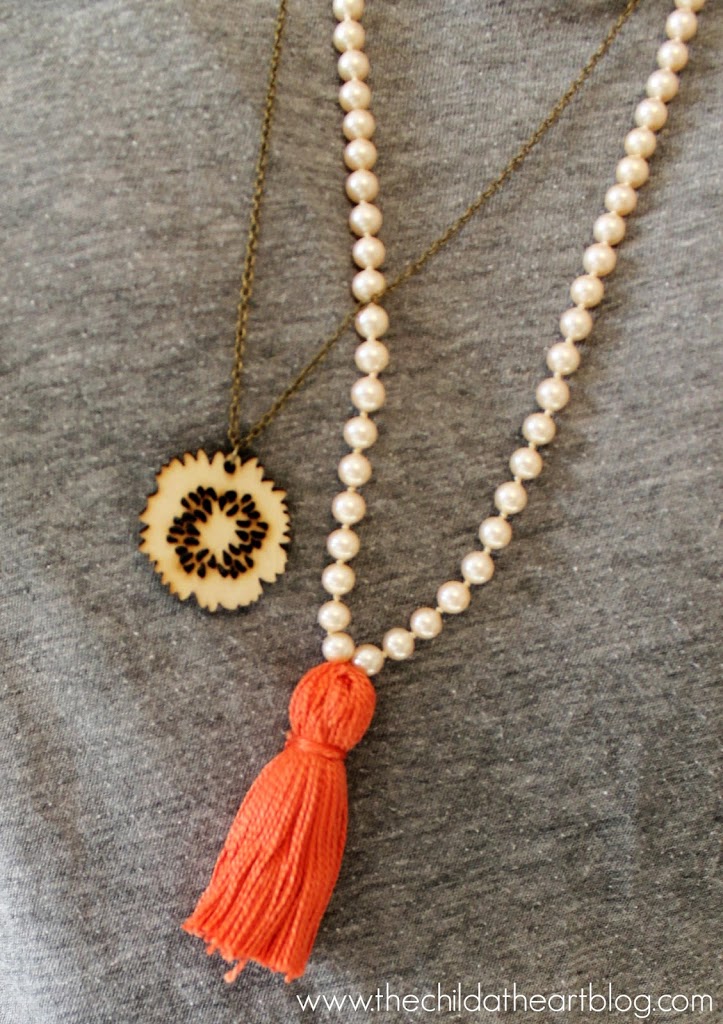 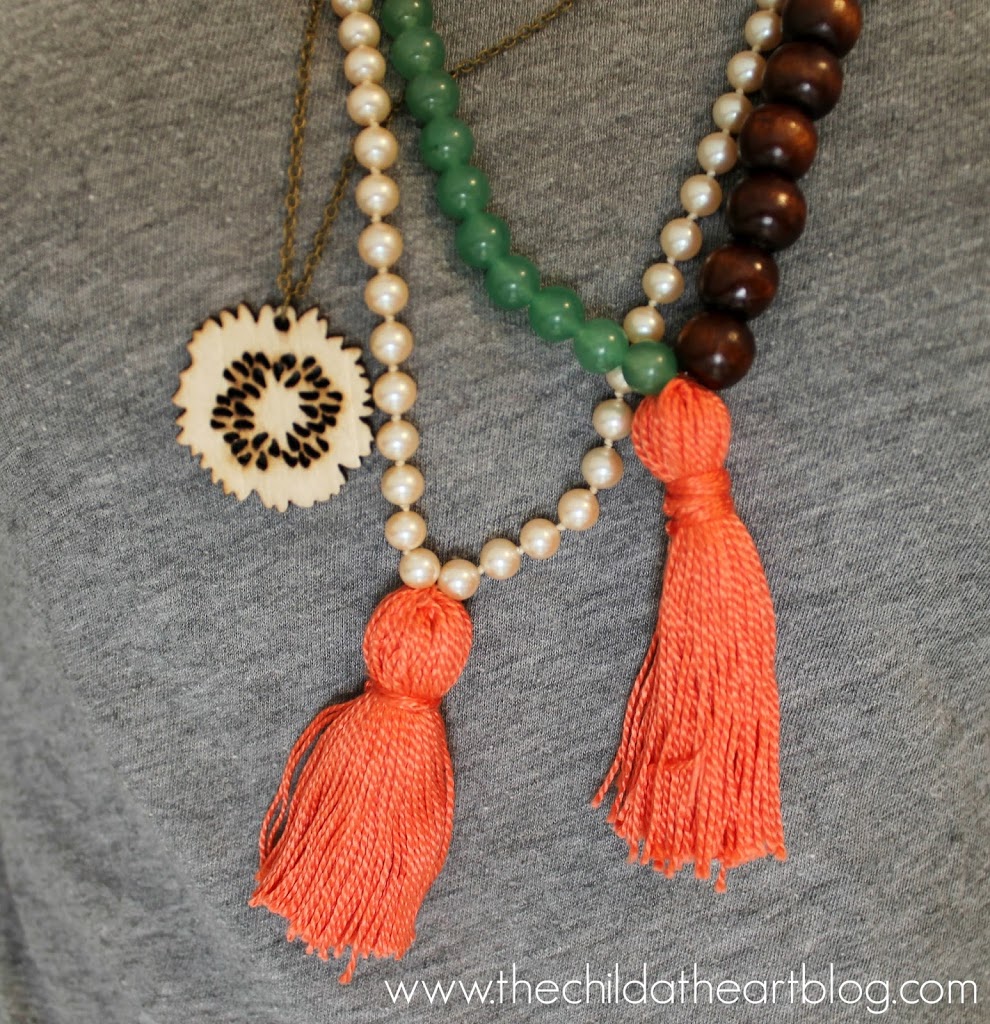 Want more tassel inspiration?  Check out my crafts and DIY Pinterest board for all of my favorite tassel projects: