Hand Lettering on Board Games 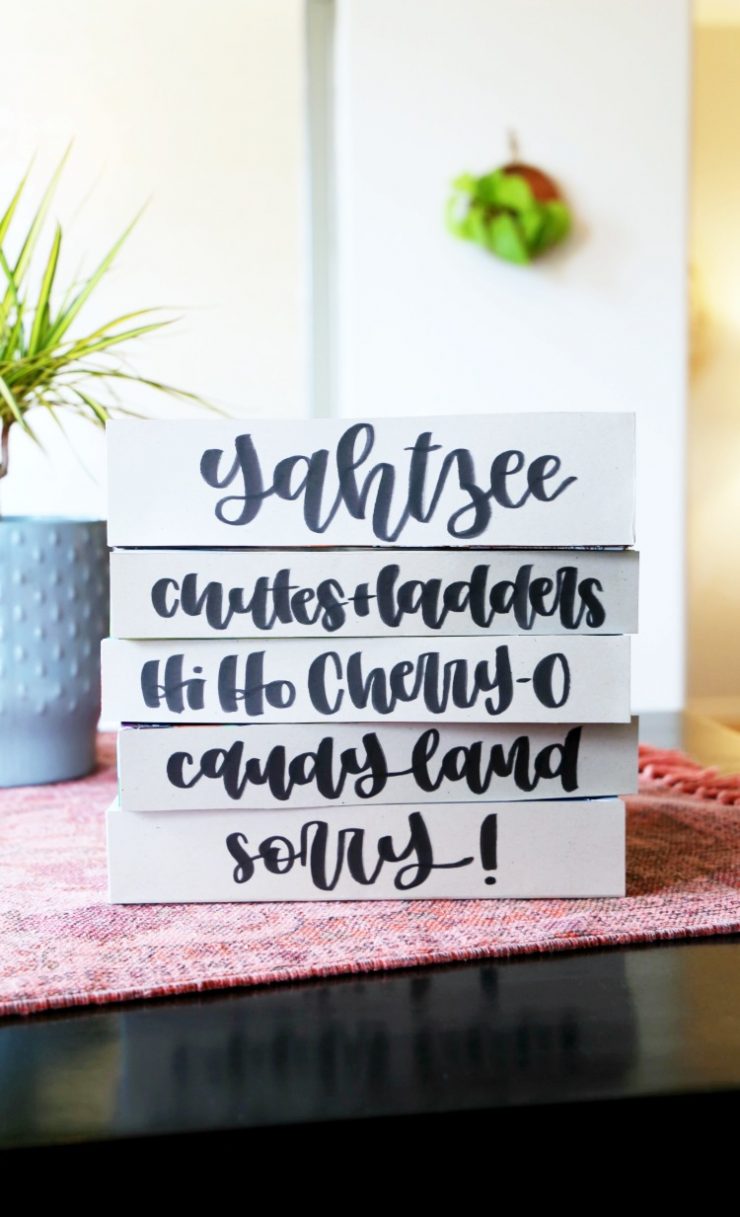 In my house, we play board games ALL the time!  We keep them in our entertainment center so they are easy to get but they are always visible because of the glass doors.  I wanted them to look a little more uniform since they were a part of the focal point of our living room so I came up with this lettering project that anyone can do.  It’s easy and takes just a few minutes!

Ok now if you aren’t sure about lettering, read this post first and if you are a subscriber, you can download my lowercase practice sheets to learn. 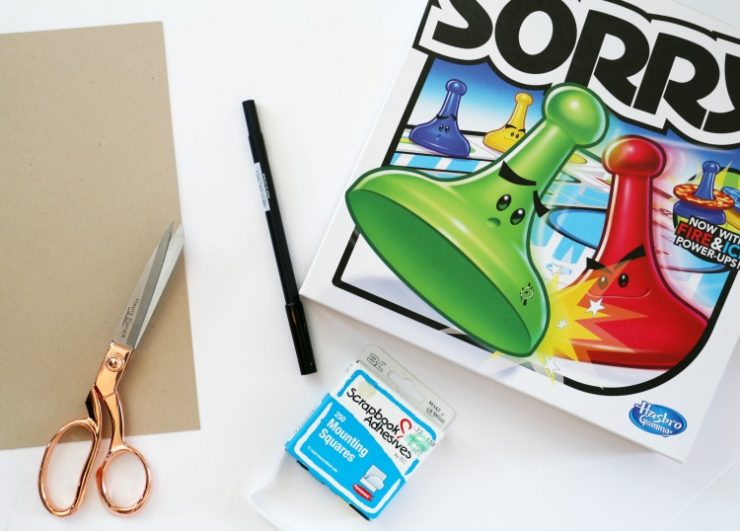 Supplies for this project:

Paper (I used kraft paper but you could use white cardstock, or anything really as long as it’s thick enough where you can’t see through it)

Marker I used a Tombow Dual Brush Pen but you can also use a regular black Crayola Marker for the same effect.  You could also use a black Sharpie and use my fake calligraphy technique below:  thick down strokes and thin upstrokes. 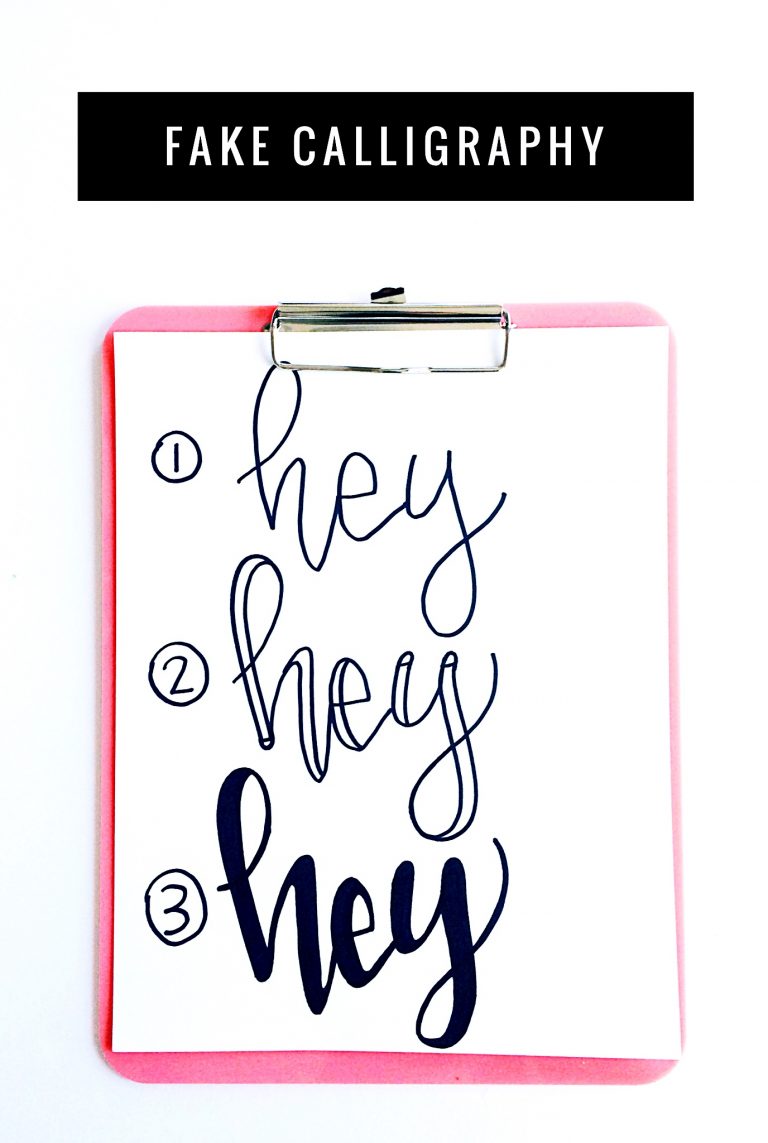 First, you cut the paper to fit on the front of the board game.  You could cover the whole lid but who has time for that?!  🙂  I measured it by placing the paper on the front and then just creasing it where I would need to cut. 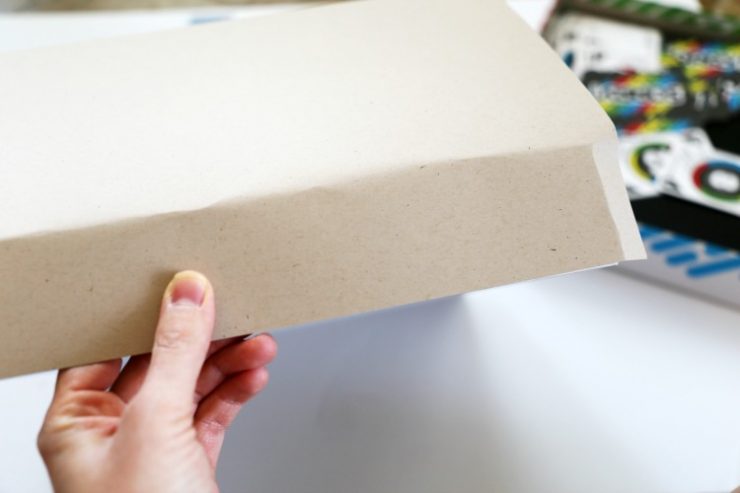 Now that you have your paper cut, write the name of the game using your brush marker and using the tips from my lettering 101. 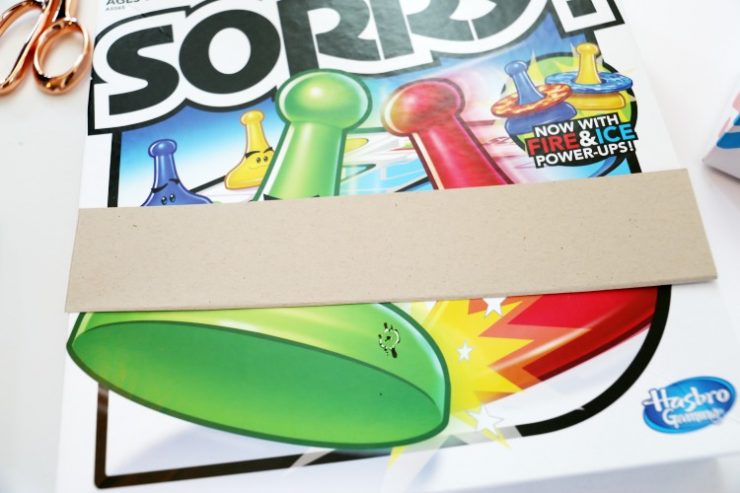 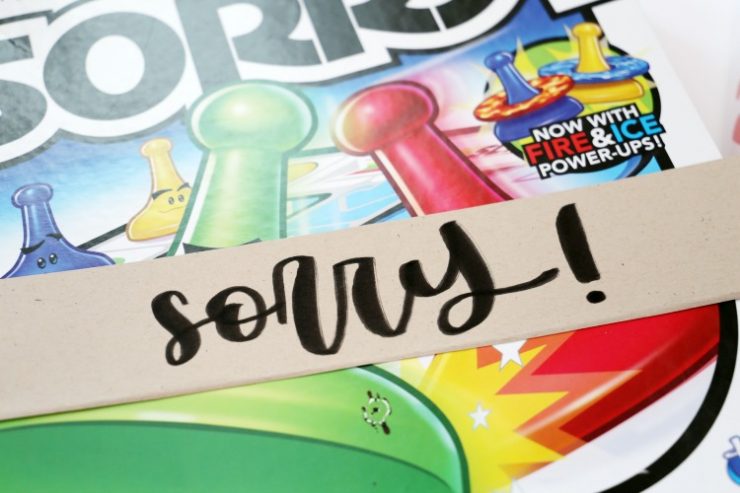 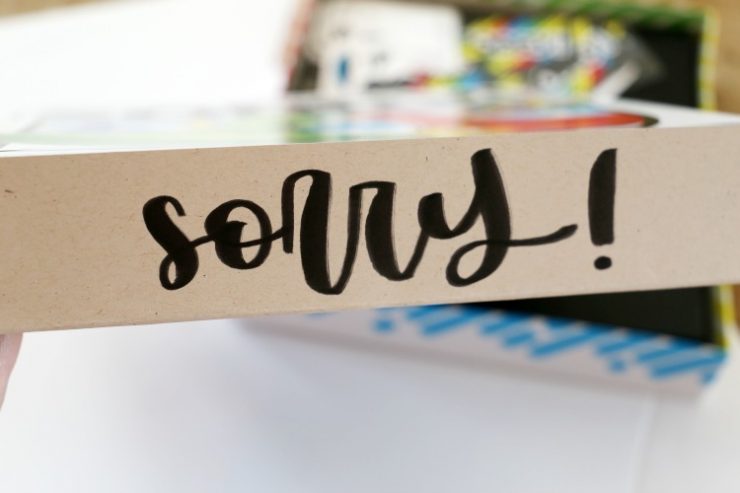 So here is the BEFORE and AFTER: 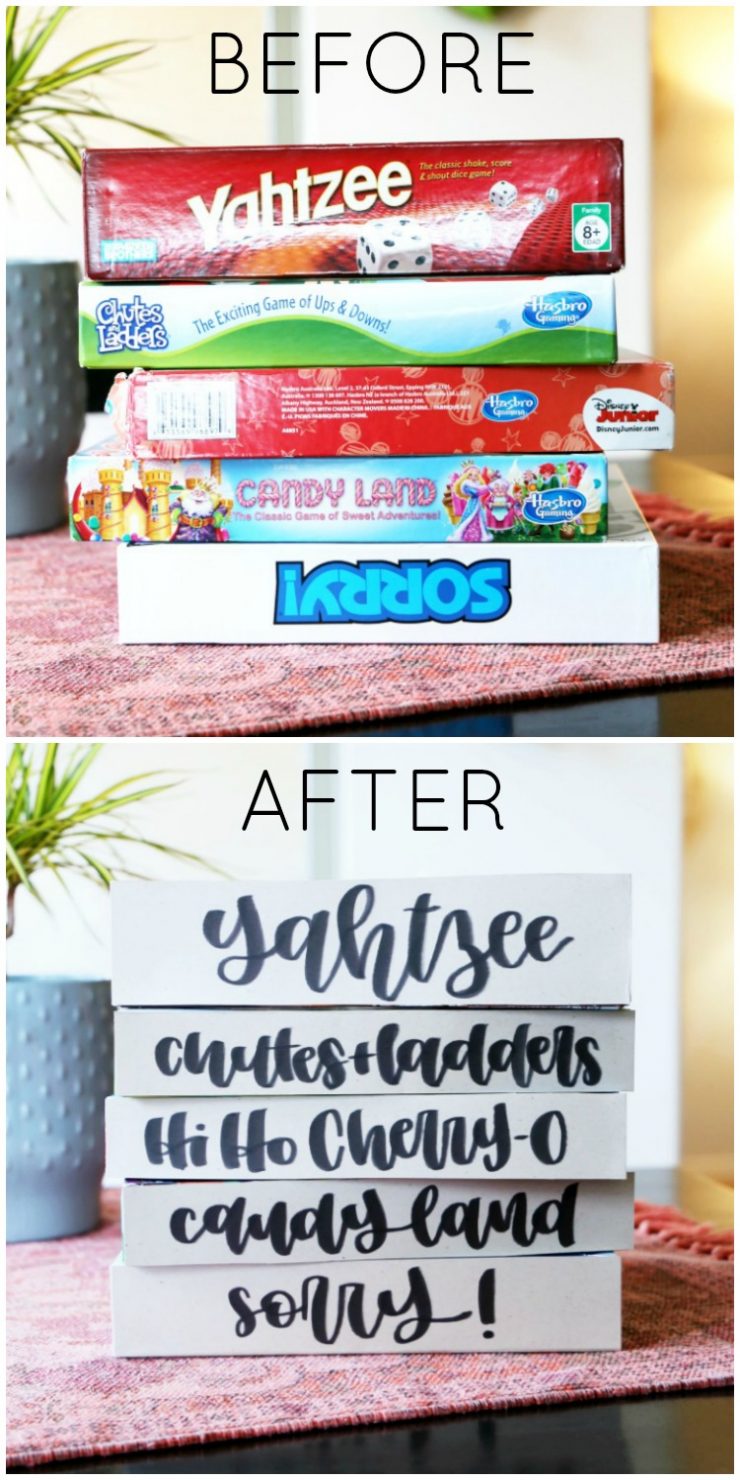 Here are the games all together in my entertainment center.  Some of the boxes were tearing so I just put them in kraft paper wrapping boxes instead.  For games that aren’t in a box, I just got some cute, thrift store baskets and put the card games and dominoes in those. 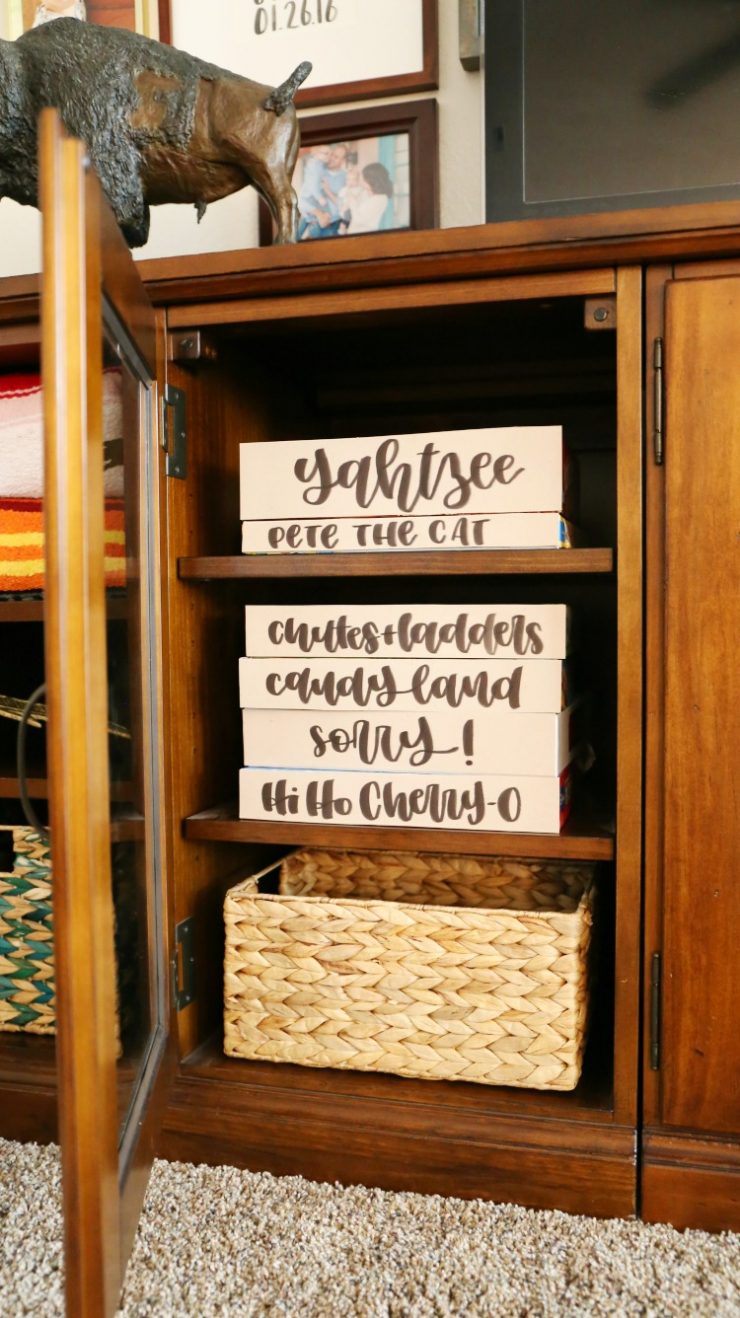 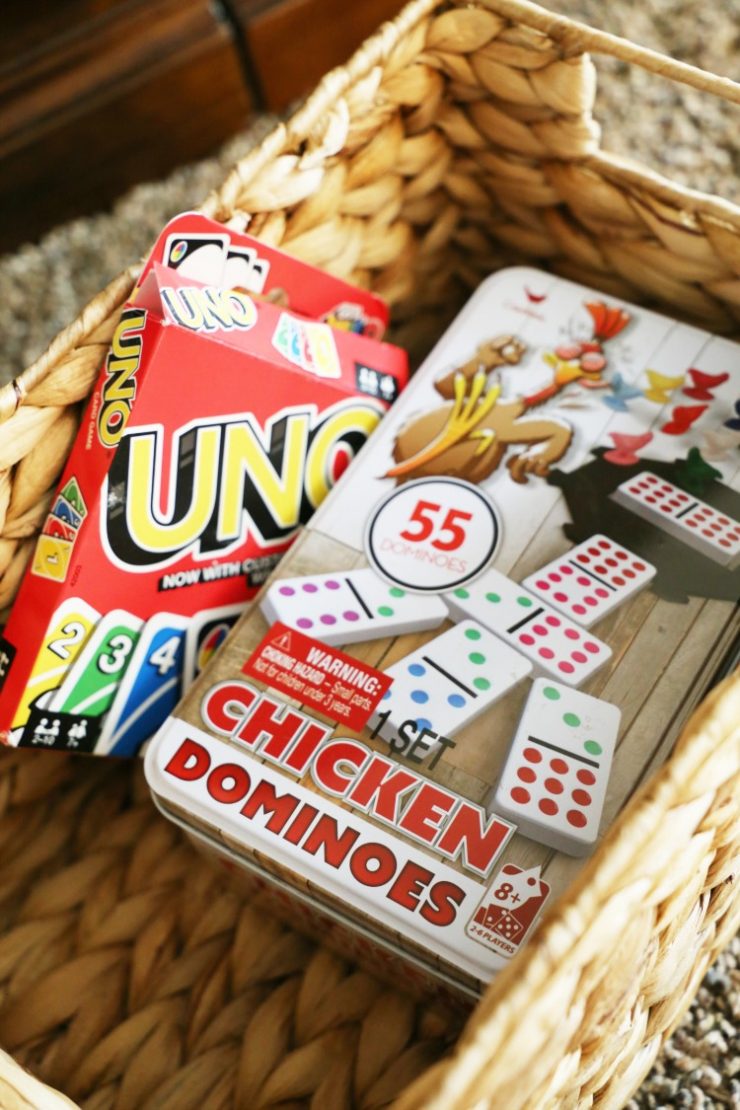 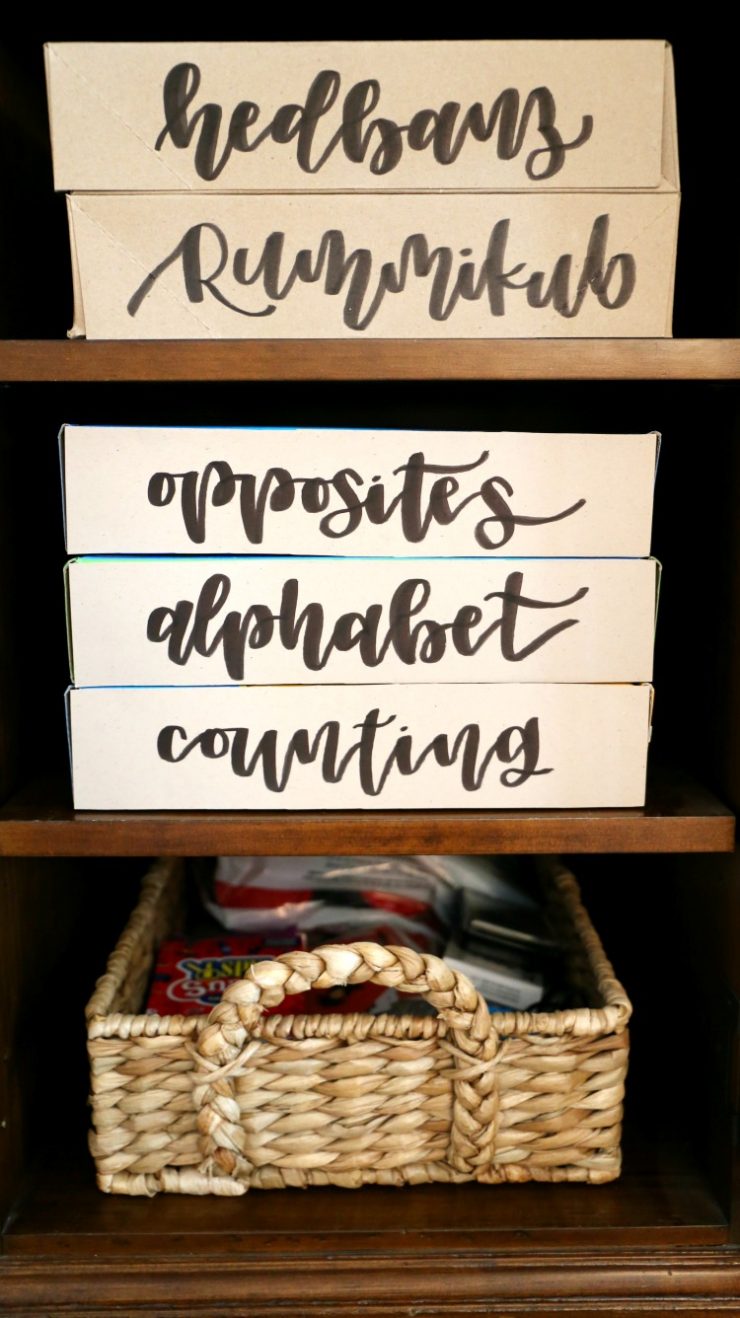 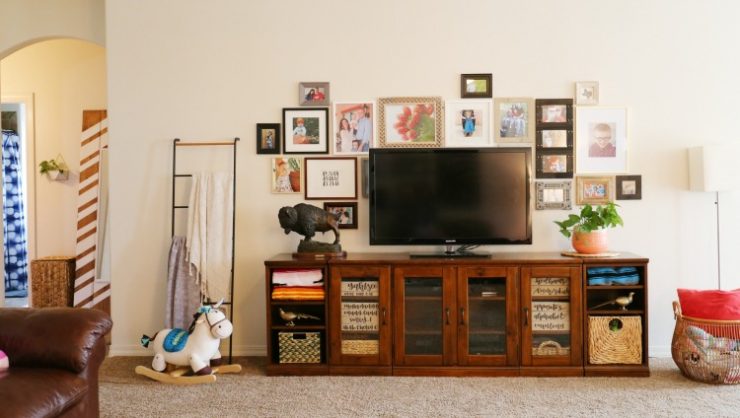 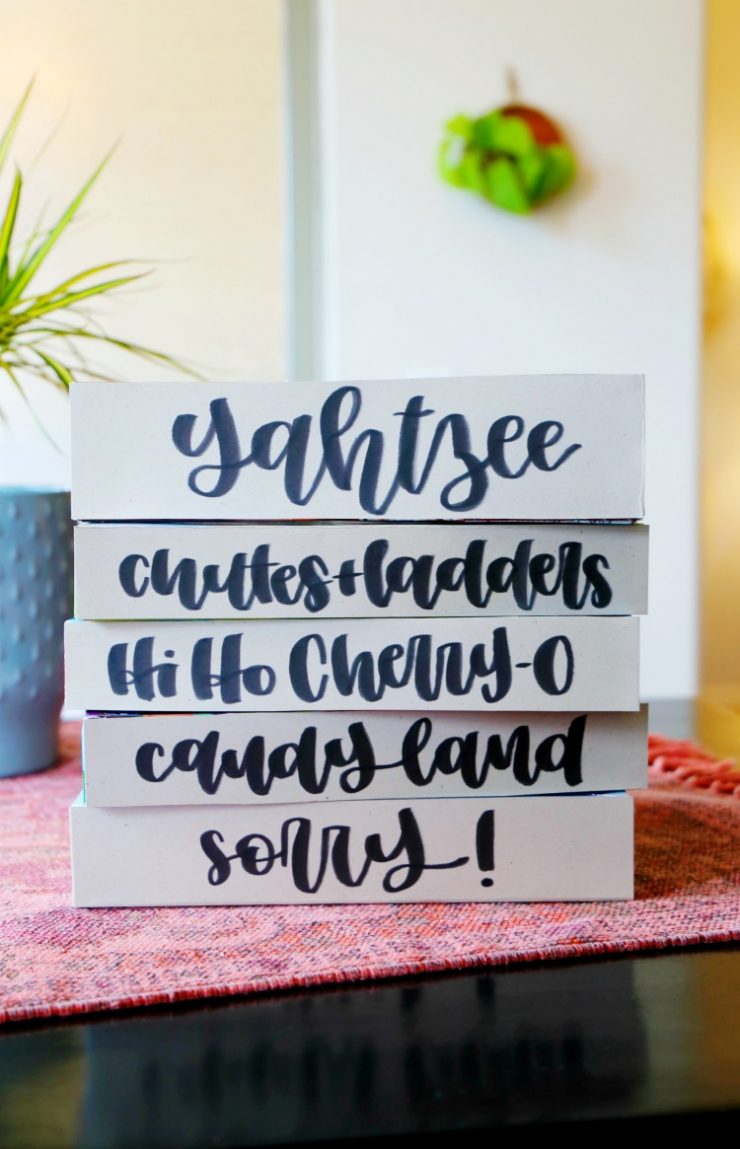 Our Favorite Board Games:

Disney Hedbanz (If you have this game, you know that moving it to a bigger box is a MUST)

What are your favorite family games?  Are your board games visible to everyone too?  If you copy this idea, please share pictures with me or tag me on Instagram @thechildatheartblog