How to Deal with the Fear of Being a Police Wife

I have been receiving lots of emails from girls recently who read my Tips for Being a Happy Police Wife asking me how I deal with the fear.  Most of these girls are newlyweds or are about to marry a policeman and they all have one thing in common:  they’re scared.  They are scared about their husband being killed, hurt, and they are also scared about that dreaded schedule which…let’s face it…kinda stinks sometimes.  I had a police wife tell me the other day that she HATES  the sound of the Velcro on her husband’s vest because that means another shift is starting.

Now we’ve been living the police life since 2009 and my husband is now a police pilot…so if I wasn’t nervous enough, now we add in a crashing element 🙂  JK  I have learned a few tricks for how to stay “fear-free” and I can honestly say that I very rarely get scared about his safety now. 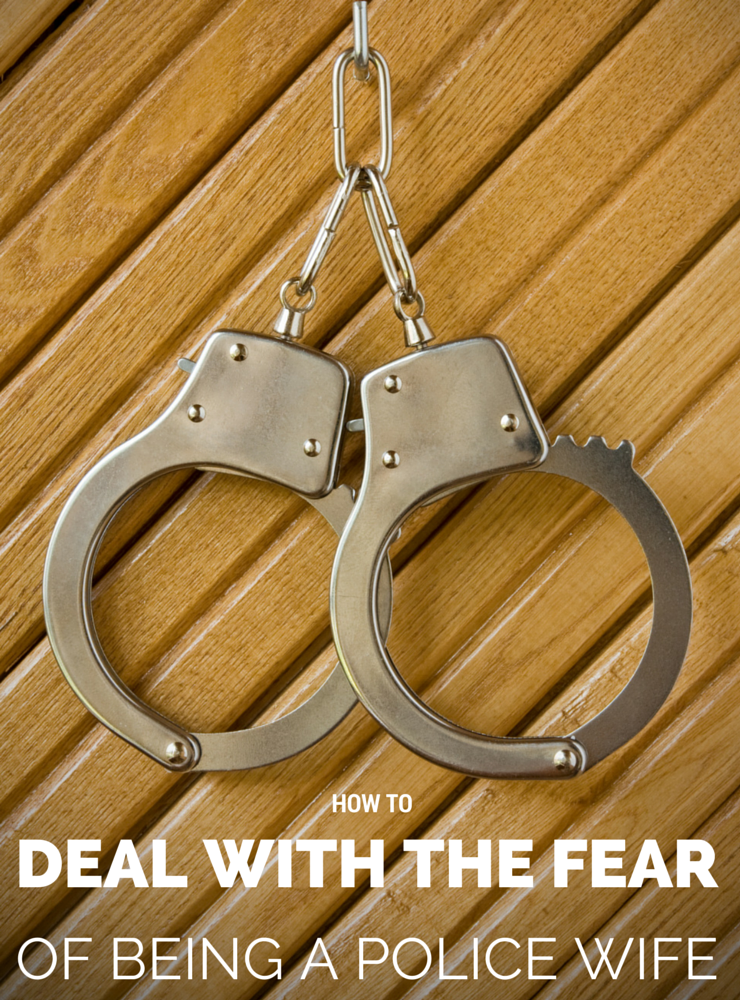 Ok here are my little bits of “police wife” wisdom for anyone with a husband who is a policeman, fireman, or even military for that matter:

Don’t watch “police themed” shows or war movies.  I used to like CSI and war movies but after I became a police wife I couldn’t do it anymore.  They are too real to me and they put fake scenarios in your head that don’t happen very often.  They are designed to scare and excite and police wives just don’t need that.

Never watch their tape or read their reports from a bad incident.  This is probably a no-no anyways but it can be very upsetting.

Don’t watch the news before bed when they are working nights.  Not only can the news usually wait until the morning, it might actually scare you at night when you are home alone.  You don’t need to know who Isis killed that day or how someone was murdered down the street right before you go to sleep.

Be careful reading Police Wife support groups.  I have never read these before and I am sure they have a good purpose, but I have heard from readers that this is where women sometimes share their husband’s most exciting, scary stories.  That is not going to help your fear one little bit.  Instead, read your bible.  I PROMISE that will help you more than those groups or even this post 🙂

Tell them if you are scared.  My husband knows when I get scared about something that happened to him.  There were a few times when I asked him not to tell me all of the details because I knew it would send me into a fear spiral that would take weeks to climb out of.  He had other people he could tell so he was okay with it.

Finally, don’t assume the worst.  If you have tried to call him five times and he hasn’t answered, don’t assume he’s in a ditch somewhere.  He’s probably getting coffee with his police buddies sharing stories about drunks.  🙂

How do you handle the fear of your husband’s job?  I would love to hear some new ideas or strategies!

How to Deal with the Fear of Being a #PoliceWife: Simple Tips to Keep you Sane! http://t.co/TUImtQ0GVg pic.twitter.com/ir7XLTFnDL